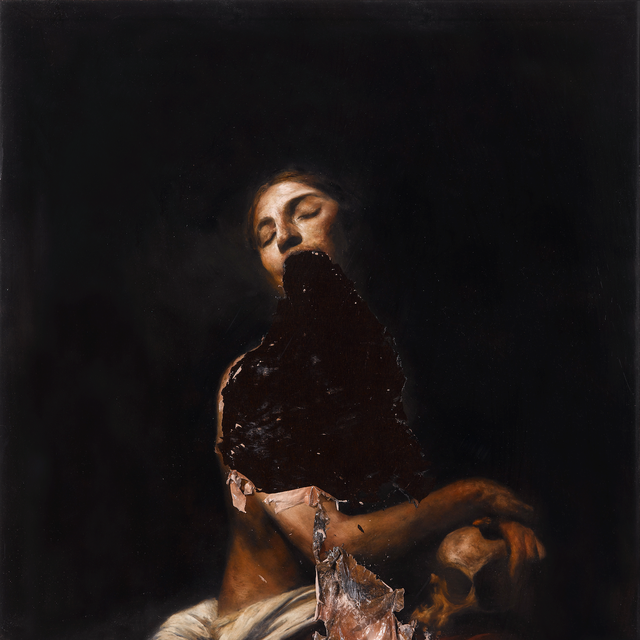 Things Crawled to Me

I was 12 when we moved to the farm. New England is full of old brick buildings, colorful treescapes, and an air that smells of fresh rain and apple pies. These are the things I thought of; not the unmarked mass graves, unknown cave systems under our homes, nor the spirits that walk them.

Things started off small. I noticed them. I had encounters with what people call “ghosts” as long as I could remember. Our Tudor house in San Diego had them in its wooden bones and walls. I had developed rules like don’t let your back face the majority of a room, don’t get close to mirrors or look at them for too long, and don’t talk about them at after the sun goes down. I thought perhaps all these miles between me and that house would free me. I suppose my soul marinated too long in that home.

So, like a lighthouse on a cliff of deep waters, things crawled to me. They gasped for life and fought to reach my shore. I’m not sure what they expected. Lighthouses cannot save the drowning, only remind them that they are.

As time ticked on, I began to discern the innocent from the malevolent. Three o’clock one night I awoke to my snow globe on my top shelf playing its music. Have Yourself a Merry Little Christmas chimed on as if a curious child wanted to play. A curious child that could reach up to my top shelf 9 feet high, that is. Sometimes my sheet music for school would be blown across my room on a windless night. I think they liked music, but too much it would seem.

I sat in my closet on the phone with a friend. He asked me to stop.

“The whistling,” he said. “You’re whistling into the phone.”

I laughed and said it must be phone interference, or he’s just messing with me. Weeks went by and trees began their change. Sometimes I’d hear screaming in the woods out back, but the neighbors say it’s the fisher cats. They imitate babies screaming and women crying in order to lure in prey. I never saw any fisher cats, though.

One afternoon after school my mother asked if I had left my TV on, or perhaps a radio. I told her no. “Interesting,” she said. “I heard whistling in your room all day.” This wasn’t the first time my mother had experienced things like this. Another evening after I got home she asked if I had forgotten something that morning and came back for it. She said she heard someone walk around and run up the stairs into my room, but she never heard them running back down. I told her I didn’t, because that was the truth. We carried on and ate our dinner by the wood stove.

It wasn’t until later in my life she told me her most fearful event. It happened every morning after my father and I left for school and work. My mom said she would be laying in bed on her side and she would feel someone sit down beside her and lay down in my father’s place. My mom said she never had the courage to look over. She pretended she was asleep. I cannot say with confidence I am right, but I may have assured her who this person was, if I had known it was happening. Only once it happened, my eyes flicked up to a mirror in the hallway and saw a woman standing in my parents room. She was half hidden behind the frame, looking at me. When our eyes met she dodged away. I investigated, but to no avail. I wish I could have told her she had a lovely pink dress.

Up until the end, the ones who lived upstairs remained only curious of me. The ones who lived downstairs were mischievous at best. I remember one day, home alone, my ring was stolen from off my finger. I tore the house apart, but could not find it. Defeated, I sat on the floor of the kitchen, and cried. Only a moment or two passed before I was smacked in the head by my ring, flung across the room from who knows where. I sometimes look at the ring and wonder where it’s been.

Everyone has that one room in their house they seldom venture into. Ours was the guest room downstairs. It was cold, oddly shaped, and the windows looked out to the woods. The door remained closed most of the time. It lived there. It had no form I could grasp; never once belonging to a physical body. No, it was tethered to the house, to that room, from deep below the earth. The coldness of the room and the evil of the air would swirl in your muscles until sheer panic drove you out. It wanted its space, and I happily obliged.

My parents would laugh at me for obsessing over locking the basement door. I didn’t like when it’d swing open, but the lock would never help anyway. Like most basements, it was musty and creepy. The trait that etched it’s image into my mind forever was the tunnel- or crawlspace I’m not sure. It was halfway up the wall, manmade, and led into the woods. I don’t know how far it went, but it was usually flooded with water. One time my beloved dog got left behind down there. I found him after hours of him whining at the door in the pitch black. That night at three o’clock I woke up to breathing next to me. I opened my eyes to my dog, staring at me in the dark. I got up and tried to move him. He growled. He barked. He was the weight of lead; usually around 25 pounds, but that night he felt more like a thousand. He was never really the same, but I loved him until the end.

I blame the mirror in my room. As I was changing, the air became heavy and stale. My mirror shattered. We moved it into the basement, but I don’t remember why. It stayed there for a while and staked claim to the damp cement. I wish it had gone through the tunnel instead.

I stopped having friends sleep over because they said they’d always wake up at three o’clock. They started getting scared. One girl brought a knife to hide under her pillow. I laughed. That would not save her.

I got the news we’d be moving. I was relieved to get away, but also guilty. After all, I was a sort of lifeline to a world I could not see. I think they felt I’d be leaving. The desperation came back.

Three o’clock I woke up, choking. It wasn’t a hand around your throat choking, no. It was something is crawling up your esophagus choking. My eyes were watering. I put my hands up to catch the tears, but they were black. Because I could not save the drowning, they were filling my lungs and eyes with their water. I don’t remember anything after that, but when I awoke the next morning, black residue coated my fingers.

It wasn’t too many weeks later I was sitting on my bed, perusing through my phone. I stopped. I felt something sitting behind me. I sat still for a moment, but it did not leave. I turned my head. I didn’t see it, but it pulled up against the wall. Maybe it forgot that I cannot move through objects like so.

Back across the country I went to a new home at the age of 18. Everything felt fresh and new. I felt good. A month went by and I was sleeping better than ever. My eyes opened one bright morning and I rolled over onto my back. Up on the ceiling overhead was a handprint, blackened like soot. Perhaps I was naïve to think they’d let me go.